An overview of endocrine disruptors

Endocrine disruptors are frequently discussed but what exactly are they? And what is the current position from a research and regulatory perspective? Here’s some food for thought.

Endocrine disruptors (ED) are substances or blends of substances that alter the way in which the hormone system functions. They can have adverse effects on the health of exposed individuals or that of their descendants.

These substances can interfere with all of the major functions of living organisms: growth, reproduction, behaviour, nutrition, metabolism, the nervous system and immune system. In fact sensitivity to these substances can vary depending on the time of life (foetal period, post-natal or pre-puberty, etc.).

According to a recent study carried out by the Institute for Risk Assessment Sciences, the socio-economic impact of endocrine disruptors on the health of EU citizens is estimated at 46 to 288 billion euros(1). Another set of studies conducted in 2015 had previously set the figure at 157 billion.

The effects are not necessarily correlated to the dose. They may be higher at a low dose (referred to by toxicologists as “non-monotonic dose response“). Exposure time per se is also an important factor for consideration. Not to be overlooked are blends of substances, which generate a cocktail effect warranting more extensive research. 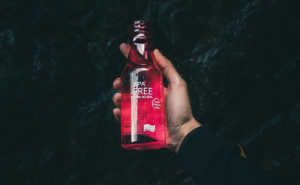 What is the regulatory framework?

Several European regulations cover endocrine disruptors, including REACH (with inclusion in the list of substances subject to authorisation: a substance is banned if it is deemed to be of “very high concern”); CLP regulation (regarding the classification, labelling and packaging of chemical substances and mixtures); and regulation governing crop protection products and biocides (which excludes certain substances).

France published its initial national strategy on endocrine disruptors in April 2014 in order “to reduce population and environmental exposure”. The second strategy – currently in the pipeline for the 2019-2022 period – focuses on three types of action: protection of the population (publication of the REACH list, communication campaign, training of health professionals and local authority personnel); action to protect the environment (exploratory analyses of fast-moving consumer goods intended for sensitive populations, measurement of the levels of permeation into various environments, heightening awareness of exposure via foods, encouraging voluntary commitments from industry and distributors to substitute products); and action to raise understanding [co-ordination to support research and innovation, extending monitoring to disorders other than those involved in reproduction (metabolism, the nervous system, etc.)].

Europe adopted a Community strategy in 1999 but is currently updating its approach, as outlined in a Commission memo dated 7 November 2018. The new strategy encompasses evaluation of the legislative framework in particular. However, in view of the fact that the framework proposed by the Commission does not confront this menace, the European Parliament adopted a resolution in April requesting the Commission to review its approach between now and June 2020. More specifically, it calls on the Commission to treat EDs as CMRs(2) in terms of legislation, to consider the effects of mixing and exposure to a combination of substances, to encourage research and trials, and to introduce appropriate bio-monitoring strategies, etc. This resolution was adopted by 447 votes out of a possible 502. So, watch this space.

Research in the spotlight

Bisphenol A has been classified as an endocrine disruptor since 2017. Marketing of thermal papers* containing over 0.02% will be banned on 2 January 2020. In 2017, Inéris drafted a certification standard guaranteeing the absence of BPA, then substituted by other bisphenols (S, F, etc.). However, as the safety of the latter has not been proven, the Institute thought ahead and reviewed its certification which, as from now, guarantees the absence of 15 phenol compounds in thermal papers.