The concepts of “agriculture” and “environment” have been in conflict for several decades, even generations, whereas they should naturally go together. The many pressures exerted by the agricultural system on the environment and climate are increasingly well-documented. Various plans, reports and strategies have been produced to combat this but their objectives are often long-term. Thankfully, many are already taking action and working tirelessly to make the agricultural model more environmentally responsible. Digital technology is becoming increasingly important in these initiatives (e.g. precision agriculture) but interestingly, certain agricultural practices are making a come-back: biological control is being rediscovered and adapted while farmers are producing their own energy through recycling… Details.

Crop protection products(1), GMOs, freshwater abstraction, mineral and organic fertilisers, product loss and over-use, waste feed, seeds & pesticides… these and other agricultural outputs all take their toll on the environment. Habitats suffer as a direct result: pesticides in surface and underground waters, nitrates and phosphates flow into the sea and cause algal blooms; there is air pollution, soil erosion, decline in biodiversity and greenhouse gas emissions, including methane and nitrous oxide (which are far more of a threat to the atmosphere than CO2). Details of these different factors may be found in the global study by the French General Commission for Sustainable Development (CGDD)(2) published in 2018.

Many environmentally-friendly agricultural practices have been forgotten or limited in use since the start of intensive farming, these include: permanent grassland, covering the soil in winter, direct drilling, hedges and shelter belts, unploughed strips, crop rotation, use of leguminous plants and mechanical or manual weeding. Practices favoured by organic farming. Biological control, i.e. protecting crops against pathogens using living organisms and natural substances, is also gaining traction (e.g. ladybirds used as “biological agents” in the fight against destructive aphids).

Like Action Pin, which has been producing additives and fungicides based on terpenes derived from Landes pines for many years, Bio Stratège Guyane develops natural plant treatments (basic substances and bio-stimulators) based on tannins and polyphenols that are by-products of the forestry industry. Solé-O-écosolutions offers a natural solution in the fight against leaf-cutting ants and termites, acting on the fungi that nourish the colony. Toopi Organics recovers human urine, decontaminates it and enriches it with micro-organisms (bacteria) to produce natural alternatives to chemical fertilisers. Because of the high levels of nitrogen, phosphorous and potassium (NPK) in urine, the bacteria can be used for both nitrogen fixation and as biological growth stimulation tools (bio stimulants) in the fight against water stress. A version has also been developed for viticulture.

According to IBMA France, the French association of biological control companies, the biological control market in France grew by 24% in 2018 with a turnover of €170m. Natural substances account for nearly two thirds of this figure (63%) ahead of chemical mediators, (19%), macro-organisms (11%) and micro-organisms (7%). Most of the products are insecticides (39%), fungicides (32%) or herbicides (16%). Among IBMA members, 82% of wine-producers use biological control products, as do 74% of arboriculturists and 53% of market gardeners, whereas only 33% of mixed farmers and 28% of arable farmers use them.

AgTech, connected agriculture, agricultural robotics… how technology is taking over life on the farm

Bucolic images of farmers ploughing their own fields or dosing their own sheep are being reinvented using precision agriculture in every aspect of farming. Satellites, drones, sensors and robotic equipment are all used for monitoring & security, disease detection, weeding, fertiliser-spreading, irrigation and harvesting. Development is particularly rapid in these sectors.

Today, farmers can rely on new technologies for all aspects of their working day. They can manage their farms using dedicated software (e.g.  Ekylibre). They can geo-locate their equipment and/or detect intrusion or theft (Easy Agri from Arteria). They can consult an app connected to farming weather sensors (Weenat, Sencrop among others) in order to optimise treatments and irrigation.  They can use surveillance drones (Natais, SolarXdrone, etc.) and robots (e.g. SentiV from Meropy) to locate weeds. They can also choose between robots (Naïo Technologies, VitiBot, Ecorobotix, etc.) and drones (Airinnov, Pyka, among others) for weeding and/or applying crop protection products. The AI capabilities of monitoring systems are constantly improving. They can trigger alerts and analyse increasing quantities of data.

Farmers also have other, more targeted ‘high tech’ solutions at their disposal. For example, Tibot Technologies’ Spoutnic NAV robot designed for use in poultry rearing, moves through the poultry house, encouraging the chicks to move (cf. stimulating natural activity and weight gain) whilst at the same time scraping and airing their litter. Another example is AgriProtech’s programmable electronic pest-scarers, the modern-day version of the scarecrow that can keep birds and game species away from crops.

Energy, another revolution in the agricultural world

After covering their outbuilding roofs in photovoltaic panels to save energy, or even to become self-sufficient, more and more farmers are now recycling their biomass using methanisation. As well has processing their products and by-products, methanisation generates both renewable energy (biogas) in the form of bio-methane (injection), electricity & heat (CHP generation), and/or biofuel (bioNGV) and residue (digestate: non-degraded organic matter, mineral substances including nitrogen and water) which can be spread as fertiliser in place of synthetic inputs. France has more than 500 units, mostly used for CHP generation. 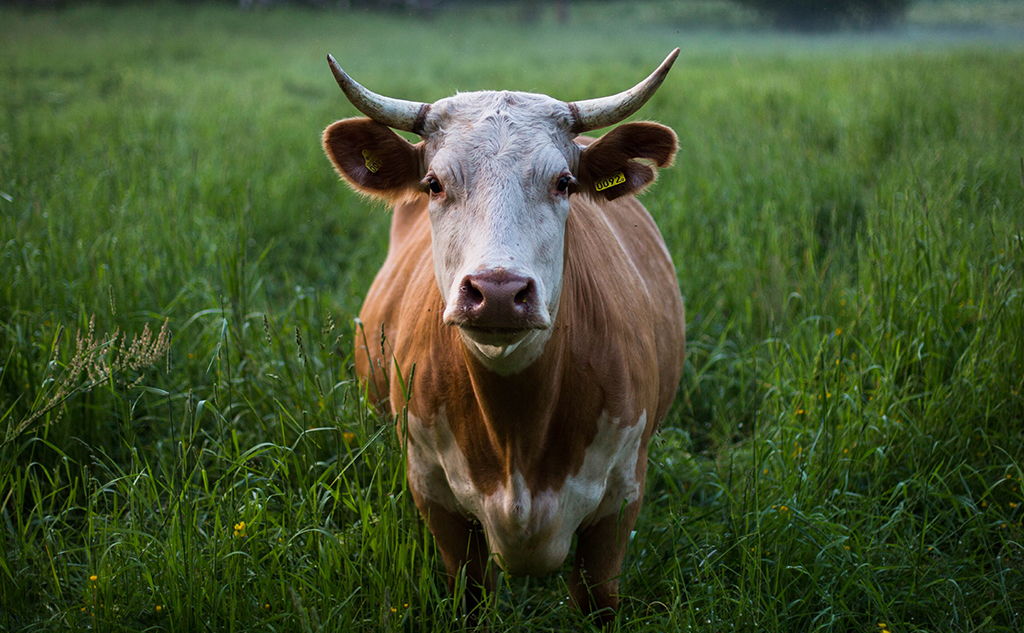 At the same time, electric tractors and other agricultural machinery are also appearing. Sabi Agri has specialised in such machines since 2016 with its Alpo range, to which it added a high-clearance tractor for wine production at the end of May. The young company is also participating in the PEAD(3) project, to develop an autonomous robotic solution for the systematic hoeing of crops to totally eliminate the use of pesticides.

These examples show that the agro-environmental transition really is taking place. To speed up the process, the European Commission presented its Farm-to-Fork strategy on 20 May. This aims to “establish a sustainable food system that ensures food security and protects people and the natural world throughout the Union”(4). This strategy – along with the Biodiversity Strategy presented on the same day – forms part of the European Green Deal. See how we do by 2030!

3) The PEAD (Autonomous Crop Location and Hoeing in Sustainable Agriculture) project is being run with two other partners (The XLim Institute and the Carbon Bee Design Office with its subsidiary Carbon Bee AgTech) as part of the ROSE Challenge, which encourages scientists and industrialists to contribute to the development of innovative technological solutions to achieve the objectives of the Ecophyto II Plan (http://challenge-rose.fr/en/home/).

4) Key objectives to be achieved by 2030: reduce the use and the risks of pesticides by 50%; reduce the use of fertiliser by at least 20%; reduce the sale of antimicrobial agents in livestock rearing and fish farming by 50%; dedicate at least 25% of EU agricultural land to organic farming.

NB : agro-environmental transition has its own dictionary with more than 300 terms defined by specialists. It can be accessed for free on line at: https://dicoagroecologie.fr/en/