Studying the links between health and the environment is nothing new. But it was only in 1989, at the first Ministerial Conference on Environment and Health in Frankfurt, that a definition of environmental health was proposed by the World Health Organization (WHO). Thirty years on, how does the land lie in this eminently cross-disciplinary topic?

According to WHO, “environmental health addresses the aspects of human health and wellbeing that are determined by environmental factors (direct effects of chemical, radiative and biological agents, the often-indirect effects of the physical, social, psychosocial and aesthetic environment), as well as policies relating to knowledge and control of factors with potential effects. It also addresses the policy and practices of managing, reducing, controlling and preventing environmental factors likely to affect the health of current and future generations.” In France, the second National Environmental Health Plan (PNSE2 2009-2013) set out, under the heading of environmental health, “the aspects of human health that are influenced by the environment and in particular by environmental pollution.”

For a long time, questions of environmental health were confined to chemical pollution found in the water, air, soil, wastes or food (from pesticides, industrial pollutants, consumer products, medical treatments, etc.) to which had been added particular agents both physical (radiation, electromagnetic fields, UV rays, noise) and biological (pollen and other allergenic or harmful substances, parasites or other disease vectors). Pollutants were for the most part studied independently from each other. The crucial question of mixtures of substances then arose (“cocktail effects”), as did that of small doses and lengths of exposure.

A new concept: the exposome

The current trend is to study all the environmental factors to which an individual is exposed throughout their life, from conception to death(1). This is the goal of the exposome concept first proposed in 2005 but which has only recently come into its own (e.g. being referred to in the third National Environmental Health Plan, PNSE3). These environmental factors naturally include pollution, but go much further. They thus encompass chemical substances and physical agents, but also lifestyles and behaviour together with cultural and social influences. The health effects of extreme meteorological events (heatwaves, excessive heat or cold) are also taken into account. 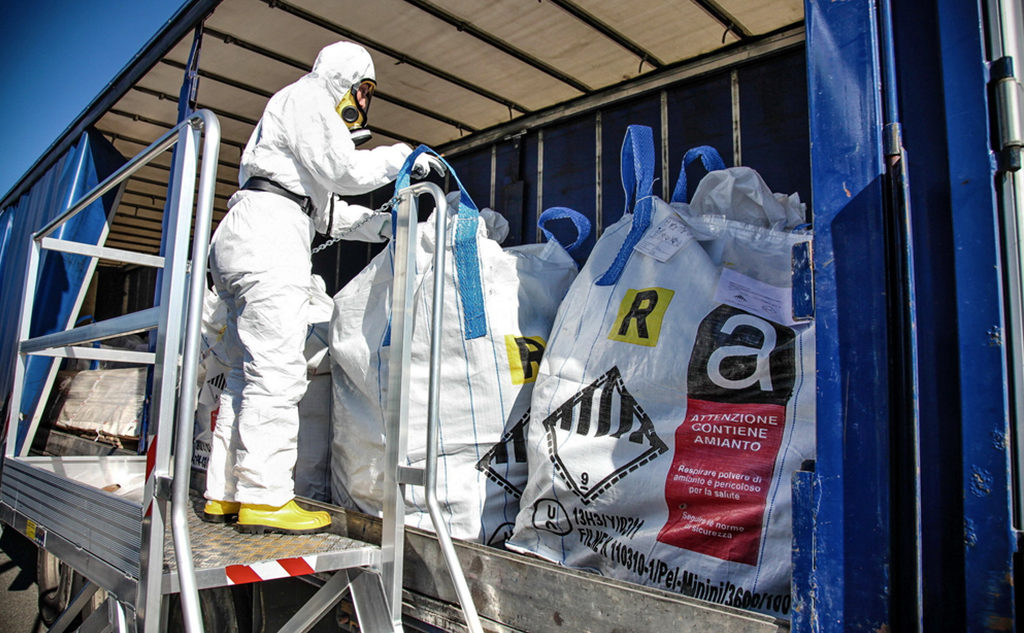 Environmental health is a key domestic and international inter-sectoral issue. In addition to the work of WHO, in 1989 Europe adopted the Charter on Environment and Health which states that “Every individual is entitled to an environment conducive to the highest attainable level of health and well-being, information and consultation on […] activities likely to affect both the environment and health, and participation in the decision-making process.”

For its part, France is working on the fourth edition of its PNSE (see inset) and is in the process of reviewing its national strategy on endocrine disruptors. Other action plans are already in place, such as the Ecophyto plan, the Chlordécone plan, the radon risk management plan and the interministerial action plan for asbestos, etc. We should remember that IGAS and CGEDD(2) produced a somewhat scathing report on the PNSE3 in late 2018, noting in particular that the plan had no quantifiable positive impact on health. In fact, despite an increase in the number of measures listed (110 compared with 58 for the PNSE2), only one aimed to reduce exposure to harmful factors, apart from the measure to protect catchment systems (two, including the measure aiming to eliminate noise black spots). In parallel, both institutions pointed to the need for effective coordination of the various plans.

The main focuses of the forthcoming PNSE4

Improve knowledge of environmental exposures and effects on human health

Objective: to better understand and act on the incidence of chronic diseases and the possibility of every individual developing in a healthy environment

Inform, communicate with and train professionals and the public

Objective: to ensure that all members of the public are informed and that all professionals involved are trained, using innovative digital technologies and drawing particularly on existing training systems and structures

Reducing such exposures is “an ongoing priority, bearing in mind the large and increasing number of diseases caused by the deterioration of the environment in which we live.” The PNSE4 should focus on indoor air quality “in light of society’s expectations regarding this issue.”

Given their competencies and that they are directly in touch with the everyday reality of French people, local authorities have the means at their disposal to reduce people’s exposure, taking inequalities into account. A collaborative platform territoire-environnement-sante.fr was launched this year to allow stakeholders to promote and share their projects and initiatives in this area. A second call for expressions of interest for “[My] Region championing my environment and my health” is running until 13 December.

How do businesses integrate the challenges of environmental health?

This is the subject of a new publication from the association Entreprises pour l’Environnement (EPE) following several years of work. Looking at a range of examples of solutions or initiatives implemented by several of its members, it introduces the challenges (meeting the growing expectations of society; avoiding business interruption and the risk of crisis, creating opportunities, anticipating and monitoring developments in the law) and recaps the main concepts. Several external experts were also involved in producing this document(3).

Significant advances in research and technology

Everything develops as the level of knowledge itself develops. For instance, in late 2018 the European Commission asked the EFSA(4) to re-assess the risks to human health posed by PFASs on the basis of new data obtained since the initial assessment carried out in 2008.

Reducing environmental exposures, the main goal of environmental health, is primarily about prevention. By way of example, in considering a replacement product for a given substance, it is essential to make sure it is non-toxic before its incorporation into a process or product. It is also about measurement, which is useful only if it results in specific curative actions. Technological advances in this area are considerable, owing largely to the integration of digital solutions through which analysis is becoming faster, more detailed and more precise.

What types of pollutants are we talking about?

Besides long-known pollutants and contaminants such as asbestos, arsenic, benzene, cadmium, chromium, dioxins and furans, glycol ethers, PAHs, mercury, metals, lead and Legionella, others have been in the spotlight more recently. This is particularly the case with ultrafine particles (PM0.1), 1,3-Butadiene (a VOC) and black carbon for air*, steroids, drugs, disinfectants, phthalates, flame retardants and antioxidants for water, and perfluoroalkylated substances (PFASs) for soil, but also blue LEDs and A, B and S bisphenols.

*All three identified by ANSES in its June 2018 statement: “Emerging ambient air pollutants.”

**The European Food Safety Authority (EFSA) is responsible for re-assessing the risks to human health posed by PFASs on the basis of new data.

1) The most vulnerable periods being during pregnancy and early childhood.

4) EFSA: European Food Safety Authority. PFAS are two types of chemical contaminant to which humans are exposed (often mixed with other substances) via the food chain.